Build Me Up: Insights into the Maple River Schools Referendum Effort

The Maple River School District serves students in the rural communities of Southern Minnesota. Faced with aging facilities and a declining school population, the district set out to pass a $63.3 million bond referendum for a new school that would house Pre-K through 12th grade students. In its 4th attempt, the referendum passed by fewer than 10 votes. In the latest episode of the Build Me Up podcast, Kraus-Anderson’s Gary Benson and Tony Sjolander talk with Maple River Superintendent Dan Anderson and two Maple River school board members, Karson Duncanson and Dave Schoneck, both of whom were opposed to the referendum before voting yes, on how they are moving forward with uniting their community.

Maple River is among many rural communities throughout the country that are facing the challenges of declining student enrollment as family farms are evolving into large, commercial operations. The district has been operating three different schools in three different towns, the oldest building being over 90 years old, and the operating costs of each facility has been increasing rapidly while enrollment continues to decline. This led the district to evaluate its options and put its first referendum vote out in 2015.

Changing No to Yes

The largely agricultural community pushed back on the referendum due to the property tax increase for family farms. As a seventh-generation farmer in the Mapleton, Minnesota community, Karson Duncanson was skeptical about building an expensive new school in the area. While he saw a need for an upgraded facility, he reluctantly voted no in 2015. But seeing the divide in the community, he decided to run for the school board with the sole purpose of finding some unity between both sides. That’s when he met Dave Schoneck, one of the most vocal opponents to the referendum. Dave would write regular editorials into local newspapers, citing that a new school would be expensive and they should instead focus on repairing the existing buildings. Dave decided to run for school board in 2019 as a way to enact the change he had been writing about. But his opinion began to change as he started having conversations with the school board members, and soon enough he was one of the most active voices for the yes vote. 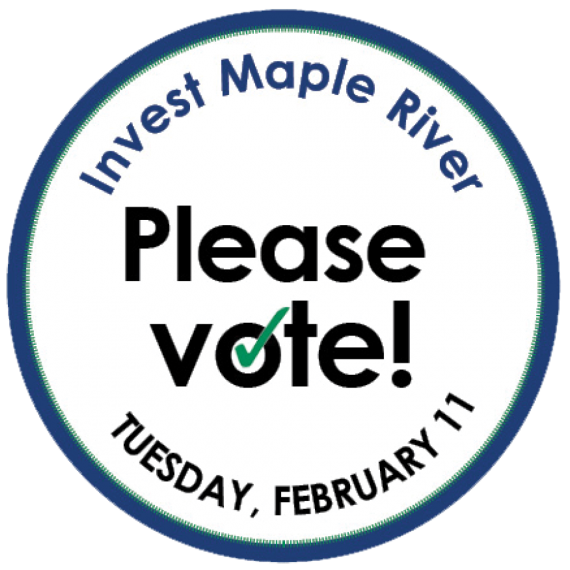 Listening to the Community

With three unsuccessful referendum votes, they took a step back to reevaluate how to move forward. Kraus-Anderson helped conduct a community survey, providing four different project options that ranged from building a new Pre-K-12 school to building a new elementary school and remodeling existing buildings. The team was committed to finding the right solution that best served the Maple River area. The community seemed most interested in the new Pre-K-12 building. It was the most expensive option out front, but it would provide plenty of savings in operation costs down the road. Minnesota’s Ag2School tax credit , helps alleviate the tax burden for farmers who own large plots of land. With this new legislation, Ag2School is able to pay for over half of the bond, a resource which helped garner support from land owners who would have seen the largest tax increase.

In February 2020, the school district’s fourth attempt for the bond referendum passed by just six votes. It is an important win for Maple River and the students it will serve, but the close election still has high emotions attached to it. With three existing buildings being demolished to make way for the new building in Mapleton, communities are dealing with an understandable sense of identity loss. As they move forward, the district is committed to keeping old traditions alive while uniting the students in new ones.

Now that the referendum has passed, the team is moving forward with the design phase of the project. Site work for the 50-acre campus is expected to start Fall 2020. Construction on the 185,000-square-foot building will begin Spring 2021 and is expected to be completed for the start of the 2022-2023 school year.

Tune into the latest episode of the Build Me Up podcast for a more in-depth discussion on the Maple River referendum effort. You can subscribe to Build Me Up wherever you listen to your podcasts.