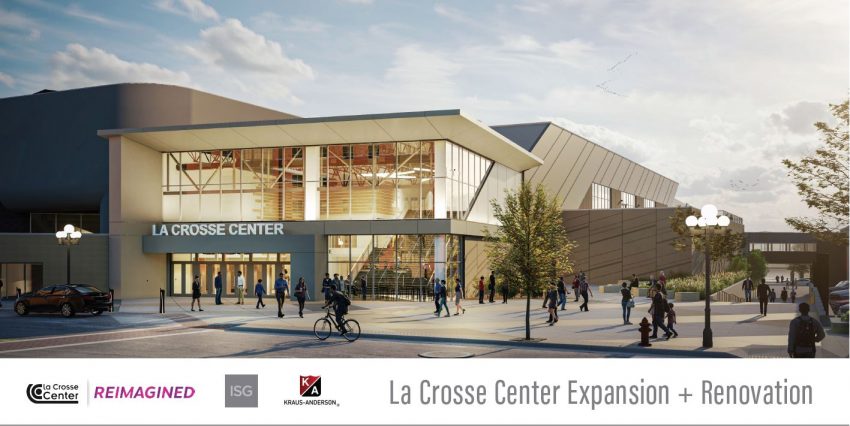 Friday, Dec. 13 was a lucky day indeed for the City of LaCrosse, Wisconsin. Breaking ground that day, supporters of a 32,000 square foot expansion for the LaCrosse Center showed their excitement as years of planning for the $42 million investment in the city’s convention center moves to realization.

A Unanimous Vote for Expansion

The La Crosse City Council voted unanimously to move forward with plans for expansion and improvements to the 38-year old municipal center overlooking the Mississippi River. Construction will add a new 12,892 s.f. ballroom and prefunction area; 7,226 s.f. atrium, north side rooftop terrace; seven new meeting rooms and a reconstructed North Hall. In addition, the project will add connectivity, solar panels, an extension over Harborview Plaza, among other overall improvements.

The project will be performed largely by local contractors, said Tom Roepke, Vice President and Director of Operations for the Madison office, which is managing the construction. Approximately 80 percent of the contracts are being awarded to local contractors, Roepke said.

Investing in a Destination Venue

The renovation and expansion will provide a new ballroom and atrium, and a reconstructed North Hall, among other upgrades, making the facility more of a destination for major acts and attractions. The upgraded facility is expected to draw an additional 15,000 visitors and an addition $9-$14 million in revenues each year.

The project is expected to be completed in late 2021.