Phil Boelter, EVP and COO, Kraus-Anderson Companies was among 22 leaders recognized with the 2019 Minnesota ICONS Honors presented by Finance and Commerce and Minnesota Lawyer on Dec. 11, 2019. The honorees are being recognized for years of experience, a list of achievements, keen ability to lead, success in the boardroom and the courtroom, and the ability to inspire others. Here’s some perspective on a career of good fortune, hard work, and paying it forward.

Walk us through your early career steps, from an Iowa State grad with a law degree to the Twin Cities and joining the law firm of Dorsey & Whitney in 1968.

PHIL BOELTER: Growing up in a very small town in northeast Iowa, I was good in math and science and at 7 I started working to save money to go to college. Among other things, I sold popcorn for the Saturday night merchant-sponsored movies in town. Very profitable, until TV came in, and drove me out of business! But by then I was big enough to help my dad, (who had a plumbing and heating appliance business) with the 200-pound propane tanks. I enrolled at Iowa State, which had a great engineering program, and by my third year, began investigating an advanced degree in either engineering or business, as the idea of going into business was still my intent. When I visited with various executives from local companies like John Deere, Maytag, that were willing to talk with me, I learned that a number of them had law degrees. So I decided to go to law school. By the time I graduated, I had several offers to go into business, including one from Proctor & Gamble in Kansas City, and an offer from Dorsey, Marquart, Windhorst, West & Halladay Law Firm (Today Dorsey & Whitney)  in Minneapolis. Linda (Phil’s wife) really liked Minneapolis, so I took Dorsey’s offer in 1968. 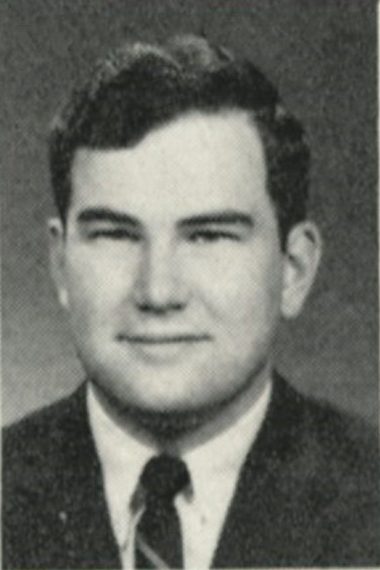 How did you meet Kraus-Anderson chairman, Lloyd Engelsma? What were your first impressions?

PHIL BOELTER: At Dorsey, 11 of us showed up as rookie lawyers, going into various departments. Dorsey was growing like a weed. Russ Lindquist and Virgil Hill, had started the real estate department at Dorsey. At that time you either represented the borrowers or the lenders, I wanted to work the borrowers’ side. Virgil Hill was KA’s lawyer and all of us heard about Lloyd Engelsma. So one day Virgil asked me to take some documents over to his office at 501 S. Eighth Street. I remember going into the front door and Jan Tesmer (Goebel) seemed like she was up on a platform looking down at me and I asked permission to go in and see Lloyd…so we met. Obviously I was impressed with his success, his integrity, how smart he was, his legacy in building KA, his great business acumen and many relationships.

From the late 1970s through the 1990s, you worked closely with Lloyd on numerous real estate deals. Talk about some of those highlights. What did you learn from him?

I was so fortunate to learn from Lloyd. One of the things I needed to learn was self-control. He always was calm in the meetings I attended. Our value systems were very similar, integrity and helping others. He also provided opportunity for others, delegated, gave authority, didn’t micromanage. Make money, but you figure out how to do it. Lloyd didn’t want to lose money but I don’t think making money was his driving force. I think it was more providing opportunity, having successful employees and subcontractors if you do that you’re successful and make money. I think the phrase you do well by doing good certainly applied to him. Highlights… US Bank (then Pillsbury Center) and the Hilton Hotel; we did several large projects in Dallas — that’s where Al Gerhardt got started– Plaza of the Americas, and the Registry Hotels in Minneapolis, Dallas and Scottsdale. The 3M facility in Austin, several projects in Austin for IBM, Texas Instruments. But we also did the normal stuff, dealing with unforeseen things, like the big boulder on the LaSalle Plaza project that was as big as a house that we didn’t know was there until we hit it, so what do you do about that? Then all the little things. I’d love those years when I’d be with the project managers and superintendents in the trailers. I just love construction and development; that’s why practicing law was so much fun for me. Lloyd let me get involved on the business side, so I learned the business as a lawyer but I still wanted to be not a lawyer but part of the business exec and Bruce gave me the opportunity to do that when I came on board here in 2002, and that was wonderful.

Lloyd was a firm believer in giving back, and that legacy runs strong at KA today. What do you think is the role of community service in fostering strong leaders? 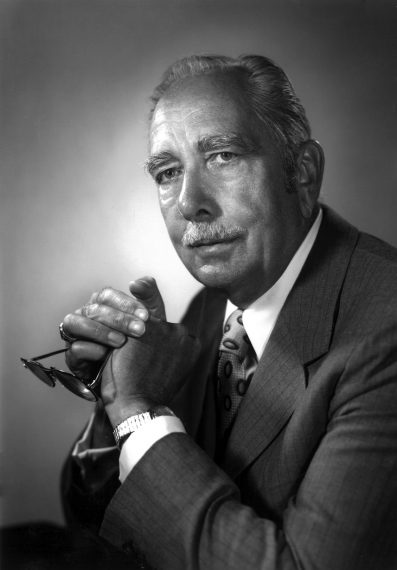 PHIL BOELTER: Lloyd had a big heart. I experienced it. He was always trying to help people, numerous community leaders can recall his saying, “How can I help you?” He had a high regard and respect for his employees and most of all the subcontractor community. That’s just the way he was. Final thing, just how grateful he was, he had all this success, he was a very humble, grateful person.

On a high level, what did you learn from being around Lloyd and Kraus-Anderson? What was his leadership style?

PHIL BOELTER: Lloyd grew the company and as talent emerged, he kept creating divisions. To me it was talent retention, you’ve got talent running your Minneapolis and St. Paul offices and you’ve got younger talent coming up, how’m I gonna keep this talent? I’ll create a division and give them some work. So we got to five divisions during Lloyd’s tenure: Minneapolis, Saint Paul, Building Co., Midwest and Bemidji.

Today we take a far more integrated approach. How did that change take place?

PHIL BOELTER: When Bruce became the leader in 1997, basically Bruce reverted to Lloyd’s model, he had all the division heads report directly to him. We were transitioning the structure while at the same time we were transitioning leadership. I knew the company from the bottom up and Bruce knew it from the top down and we both knew that as Peter Drucker said, what got us here wasn’t gonna carry us into the future. We needed to start operating as one company.

Given your long career perspective, you’ve seen a lot of cycles and trends come and go; and come back again. Talk about that, particularly as it relates to KA’s development efforts.

“To me it’s not about the projects or the things I’ve done, but really how you prepare the next set of leaders.”

PHIL BOELTER: KA’s development activities originally started many decades ago, as a way to get construction work by building grocery anchored centers. A Supervalu would build a grocery store and Lloyd would build the strip next door, and that grew into a business. And that got us into condos in Hawaii and Colorado and some other developments as well, and that brought new challenges. In 1982 Lloyd pulled back and said, I’m a contractor first, and a developer second. We slowed the pace of development, lowering our risk. But the industry changed, developers and contractors became more integrated and we then felt that having more development capability would help our enterprise. We had all these capabilities, then we teamed up with Elion and did CityPlace; then the Twin Cities and the world basically became aware of our capabilities. Then we knew we could do a whole block development so that exposed our capabilities, and the KA Block came into being. Development is driven by market and does entail more risks, but it has benefitted the construction company so this move back into development that Lloyd moved out of in 82 I think he would have done that too.

In more recent years, you’ve taken an active role in KA’s strategic planning, including mentoring the next generation of leadership. Why is mentoring important? How do you find it gratifying?

PHIL BOELTER: fortunately I have a group of young people who are talented and work hard and dedicated and have high value system to carry on the Engelsma traditions and they look to me as having these 52 years of experience as having learned something, so there’s the technical skills then the style of leadership, I think Pete is learning that, Dan’s style is different from Bruce’s style, but Pete’s and Bruce’s styles are very similar. Then it’s also understanding the business, that’s not just me but I’ve been working a lot of years on that building the foundations, now others are participating. Al’s been a wonderful contributor to how the company makes money and coaching. Then you just watch them grow, blossom, develop and find success. Which is a double edged sword, because the smarter they get, the less they need a mentor!  But it’s so wonderful at this point in my career to be able to do for them what others did for me.

PHIL BOELTER: To me it’s not about the projects or the things I’ve done, but really how you prepare the next set of leaders. To me that’s your true legacy. It’s more difficult, You’re dealing with change, culture, style, but the goal is helping the company so it continues to strive, grow and be successful. Ten years from now we’ll be able to determine my legacy, and Bruce’s too. I told him the people have the skills and capability, and if they don’t have a successful company, then shame on us, because we have not prepared them in a way for them to be successful.

PHIL BOELTER: The positive impact that Lloyd, Bruce and the other Engelsma family members and all the many people at KA have had on my life cannot be put into words… it is better expressed in tears of joy, thankfulness, and gratitude.