Once Upon a Mattress: Tenant Spotlight on Restwell Mattress| Kraus-Anderson

Contrary to their business name, there just doesn’t seem to be much rest for Chuck and Cathy Carlson.

As owners of Twin Cities-based Restwell Mattress, the Carlsons have spent most of their lives on the move building not one, but two, successful retail enterprises.

The Carlsons are one of oldest existing tenants at Southtown Shopping Center, which in turn is one of the oldest existing shopping centers in the Twin Cities, having opened in 1960. The Carlsons came to Southtown in 1981 with a carpet remnant store, Carpet Remnant King. At that time the business was already well established, Southtown marked Carpet King’s 11th location. That same year they opened a commercial division.

Many of the tenants at Southtown in those days, were small, family-owned and run shops and services: Fred G. Anderson Paint, Haugland’s for the Young, Dave’s Shoe Repair, Dahl House of Beauty, 78th Street Meats.  But the Carlsons’ operation was no ordinary “mom and pop” retailer. 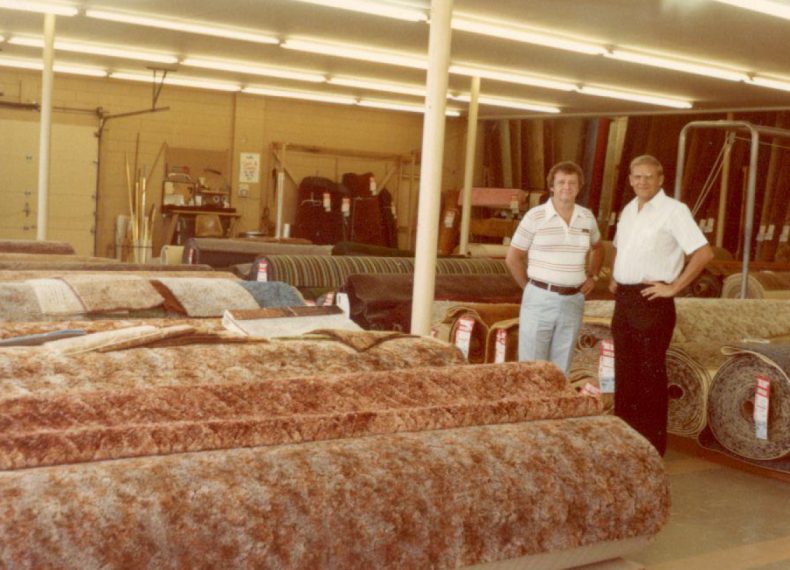 “Our 7 children were all in school at the time, but were “raised” in the stores basically, when not involved in sports, etc.” says Cathy Carlson. The kids were “carpet people” who all went into the business, in either sales, warehouse or installation. Two Carlson sons remain involved in the carpet business to this day. One is the owner of Bloomington Carpet One on American Blvd. and the other does carpet contract work.

From Carpeting to Mattresses

Despite the success of the business, in 1985 the Carlsons sold Carpet King to focus on some health issues. But in 1990 a Star Tribune ad for a mattress factory for sale got Chuck’s attention. Restwell was also a successful family business, established in 1945 by the Bloomberg family, who had sold it to their accountant upon their retirement. Now the business was up for sale again, and the Carlsons purchased Restwell Mattress Factory. The sale closed April 1, 1990, and soon the small factory was relocated from Eagan to St. Louis Park at 36th and Belt Line Blvd.—a perfect location to stage a small showroom in front of the factory. Thus the mattress retail journey began.

Soon after the Southtown showroom opened, the Carlsons added stores in Crystal, West St. Paul, Maplewood and Lakeville by the late 1990s.

By the early 2000s they moved the factory from W. 36th Street to Hwy 7 across from Knollwood Shopping Center, becoming a tenant in the building they’d initially built in the 1970s for Carpet Remnant King. And in 2014 they moved out of the St. Louis Park factory to a larger Eden Prairie location with offices, which was recently expanded again. 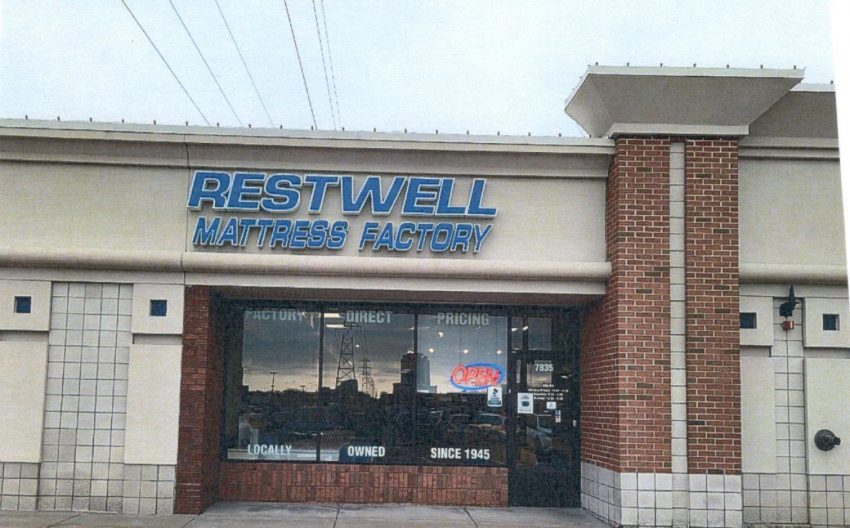 Through all that growth and change, the Carlsons remained at Southtown- moving to a total of four locations at the center over the course of the past 30 years.

“Southtown has been a great Bloomington location,” says Cathy Carlson.  For the couple, Southtown was an opportunity to upgrade the company image and also test whether a shopping center location would work for a “big box” concept—in the early 90s, a new concept in Minnesota.

As the concept of Big Box has given way to online retail and specialty services, Restwell has adapted and continued to thrive, with a solid business model at its core.

“Restwell Mattress offers factory-made handcrafted beds, that we sell at a much lower price than other mattress retailers because we make them ourselves locally,” said Cathy Carlson.  Today, Restwell’s brick and mortar operation is supported by a greater emphasis on online business and a website more tailored to helping customers do their research before coming in. And, with high-quality sleep products and selection, well informed staff and prompt delivery and service, Restwell remains well positioned for the future.

A Successful Entrepreneurial Spirit and a Family Legacy

“I have enjoyed working with Chuck and all the people at Restwell Mattress over the years,” said Ken Vinje. “They are always supportive of Southtown Center and willing to work with us, especially on the several relocations that they have done at Southtown,” said Ken Vinje, Vice President of Properties for Kraus-Anderson Realty. “It’s always a Pleasure!”

“Kraus-Anderson builds successful partnerships with strong tenants and business owners like the Carlson Family,” said Latrice Dasher, property manager, Kraus-Anderson Realty.  “We are honored to have their successful entrepreneurial spirit and family legacy tied to the Southtown Shopping Center in Bloomington.”