About the Andrew Boss Laboratory of Meat Science

The Andrew Boss Laboratory of Meat Science was originally constructed in 1971 with several remodeling changes over the years.  Though well maintained, most of the building systems had reached the end or their useful life cycle and were in need of replacement.  The current project is being funded using HEAPR dollars (Higher Education Asset Preservation and Replacement) and it began with only a portion of the total required funding in place.  The expectation was that the remainder of the funding would be obtained through the 2016 bonding request with the State of Minnesota. Unfortunately, the Minnesota Legislature did not pass a bonding bill in 2016, so the remainder of the funding was delayed.  As a result, the project needed to quickly change course.

Addressing Challenges Along the Way

As this project was a high priority, the University of Minnesota decided to move the project forward, even though not all of the funding was secured.  To that end, Kraus-Anderson was tasked with reviewing the project scope to determine which portions of the project could be completed within the limits of the initial funding amount.  This became a somewhat complicated puzzle to decipher, because the goal was to remodel some as-yet-undefined portions of the building so that it could be put back into full service for the building occupants while the University waited on the remainder of the funding.  Another complicating factor was the large presentation classroom, which is managed by the Office of Classroom Management.  It is one of the largest classrooms on campus and is always in high demand.  In anticipation of the project, the classroom had been previously scheduled to be off-line for construction during the summer of 2016.  So there was tremendous pressure to at least proceed with the classroom work as future scheduled downtime for the classroom was deemed difficult to impossible to achieve.

Kraus-Anderson had to act quickly after the bonding bill did not pass, as the summer construction period of 2016 was at hand. We determined that we could complete the remodeling construction for the first floor area, which included the large presentation classroom, during the summer of 2016.  Further complicating the schedule was the fact that we needed to let the University’s abatement contractor complete the hazardous materials removal prior to the start of any remodeling work.  The first floor remodeling scope included replacing all of the above ceiling mechanical and electrical systems, new ceilings, new lighting, new flooring, new paint, new ADA reconfigured bathrooms, and other associated repair/remodeling work.  The existing ventilation system was constant volume and the new system would be variable volume.  Since the existing air handling units would have to remain in place until the final funding was secured, we installed the new VAV boxes and set them to operate as constant volume in the interim.

Kraus-Anderson managed the project site so that the faculty and staff housed on the basement, second and third floors were able to remain in the building during the first floor construction period.  Kraus-Anderson also provided assistance to the University to help faculty and staff housed on the first floor move to temporary space during the summer 2016 construction.  We conducted walk-throughs and meetings to determine the move requirements and assisted the move company during the move activities.  The Meat and Dairy Salesroom is located on the first floor.  As mentioned previously, revenue from meat and dairy sales represents an important source of revenue to help fund Department of Animal Science activities.  Therefore, we remodeled a room in the adjacent Food Science & Nutrition building to house the Meat and Dairy Salesroom during the summer 2016 construction period and keep the store open at all times.

Completing the abatement and remodeling work for the first floor in two and a half months was challenging, to say the least.  Fortunately, we were able to complete all required work in time to re-open and re-occupy the first floor for the start of Fall classes.  Once we had identified all of the final project costs for the first floor construction, we began planning the next phase of the project.  The initial funding amount was greater than the cost for the first floor scope, so we looked at several options on how we could spend the remainder of the initial funding.  The goal was to do work that would not prevent us from putting the entire building back in full service operation afterward while we waited for the final funding.  For the Phase 2 work, the University decided to complete the remodeling of the stacked bathrooms on floors 2 and 3 as well as the remodeling of the entire third floor.  Once again, Kraus-Anderson assisted the University to help faculty and staff housed on the third floor move to temporary space during the Phase 2 construction.  The Phase 2 work proceeded well and was completed in the Spring of 2017 in time to move faculty and staff back into the building for the start of the summer season, which for this group is their busiest time due to their respective research activities.

At the end of the Phase 2 work, Kraus-Anderson demobilized from the site as the remainder of the funding for this project would not be available until the 2018 bonding cycle.  Once the remaining funding was secured in June of 2018, we began the detailed planning for the Phase 3 scope of work, which is the final phase.  This is the most difficult and complicated phase of work because it involves replacing all of the air handling units that provide heating, cooling and ventilation for the building and it also involves replacing the entire electrical service and main switch gear for the building.  This final phase would involve multiple shutdowns to the building in order to be able to complete the work.  Further complicating matters is the fact that the adjacent Haecker Hall building is fed electrically from the Andrew Boss electrical service, so Haecker Hall would be subject to shutdowns as well during the Phase 3 work at Andrew Boss Lab.

During the planning for Phase 3, it became clear that the entire building would have to be vacated during the Phase 3 construction work.  Kraus-Anderson did investigate the possibility of providing temporary air conditioning units to supply the building while the permanent air handling units were being installed.  However, this was determined to present too great a risk for possible cross-contamination, as this is a research laboratory building with fume exhaust hoods.  It would not be possible to adequately maintain the negative pressure relationships required for the laboratory rooms with temporary air units.  Once again, Kraus-Anderson assisted the University with planning and executing the faculty and staff moves to temporary space.  Kraus-Anderson, Harris and Hunt also completed minor remodeling work in the temporary move locations to accommodate researcher’s needs for their equipment and connections.

The Phase 3 scope of work includes the remodeling work on the basement level, the second floor level and the penthouse/roof level.  The basement level houses the building air handling units, the steam-to-hot water heat exchangers, the main electrical switch gear, and the Meat Science Laboratory.  The penthouse level houses some minor mechanical and electrical equipment.  The new emergency power generator and the new laboratory fume hood exhaust fans are located on the roof. 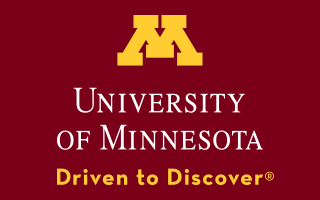 Kraus-Anderson assisted the relocation of faculty and staff out of the building to temporary space at the end of Spring semester 2019 to accommodate the Phase 3 work.  Though the building was vacated for the Phase 3 work, there was a strong need to reoccupy portions of the building early, prior to the completion of Phase 3.  The first floor presentation classroom and the basement level Meat Science Laboratory could only be scheduled for shutdown during the summer period of 2019 without causing major program interruptions.  As a result, Kraus-Anderson devised a plan to complete enough of the remodeling work to re-occupy those areas starting in Fall of 2019.  This required re-phasing the installation sequence for the building air handling units with the air handling unit serving the presentation classroom being installed first.  It also required installing a temporary air handling unit for the Meat Processing Laboratory to be able to occupy that space early (the physical layout and operating requirements for the Meat Processing Laboratory allowed for a temporary air handling scenario to work adequately whereas it was not feasible for the other laboratories in the building).

Once again, we moved the Meat and Dairy Salesroom to the room used previously for the temporary store in the adjacent Food Science & Nutrition building to keep the store open at all times during the Phase 3 construction.  This time we had an additional complication for the store operation.  The meat and dairy products for sale in the store are stored in the refrigerated coolers and freezers located in the Basement level of the Andrew Boss building.  During Phase 3, the coolers and freezers needed to be shut down to accommodate the construction work.  Therefore, Kraus-Anderson rented two refrigerated semi-trailers that were parked in front of the Andrew Boss building for use by the Meat and Dairy Salesroom to store their products during construction.

As before, completing the abatement and remodeling work for the portions of the Basement level in two and a half months over the summer of 2019 was challenging.  Fortunately, we were able to complete all required work in time to re-open and re-occupy the first floor presentation classroom and the Meat Processing Laboratory for the start of Fall classes 2019.  As of this writing, the project is proceeding very well, on scope, on schedule, and on budget to be finished in early 2020.  I tip my hat to the design and construction team that designed, planned, and executed this project.  The circumstances were such that the team was faced with changing needs on the part of the University and many many challenges to meet those needs.  The team has performed admirably in the face of numerous difficulties and they persevered to get the job done while always working to find ways to minimize disruption to the University.