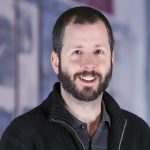 Matt Goff is Archivist at the Kraus-Anderson History Center.

Of all the significant buildings in the history of our company, the Central YMCA, built during WWI, is arguably the most storied, and the one most emblematic of the  Kraus-Anderson ethos of Together, Strengthening the Communities We Serve.

The Young Men’s Christian Association was created in 1844 by George Williams to “improve the spiritual condition of young men engaged in the drapery, embroidery and other trades.” George Williams was, as you may have guessed, a draper. In 1841 he traveled from his hometown of Dulverton in rural Somerset county to London, in order to learn and ply his trade. George Williams was part of a massive movement of people taking place across Europe and North America. The causes of this migration are usually summed up in the phrase “industrial revolution.” Populations were rising sharply and people were tumbling into cities. Aside from the tight and uncomfortable accommodations enjoyed by recent arrivals to cities, it was widely believed that this movement of people was creating a social problem. Young men and women were removed from their family, from their village, and from their church. George Williams was appalled by the conditions he saw among his fellow emigres, and he set about to put forward a sturdy alternative to their taverns and brothels. George Williams was a focused and energetic leader, and his mission was particularly suited to the needs of a vast number of people. The speed with which the YMCA grew was almost unprecedented, and by 1866 there was a YMCA in Minneapolis.

Though smaller in scale, the Minneapolis of the early 1900s was growing just as rapidly as London was in the mid 1800s. A Minneapolis YMCA survey found that there were about 28,000 young men in the city that were living away from home, and that a shocking 68,000 young men were away from the influence of a church. Shocking in a different way was the fact that Minneapolis could expect 5,000 new homeless young men on an annual basis. With this compelling need so well documented, a major fundraising campaign was begun, with area business leaders leading the charge.

“We should have this building open and ready for business when the boys come back from the army.” 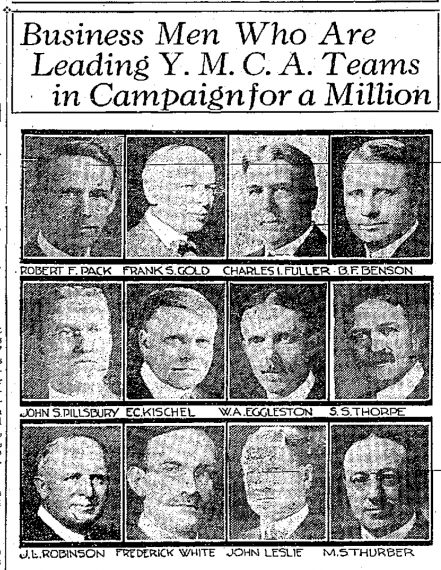 It was an undertaking almost martial in nature. Each of the “men of business” pictured commanded their own team of fundraisers in a battalion-type organization. In June of 1916, over $1,150,000 was raised in just eight days, in what was described as “one of the most remarkable money-raising campaigns ever conducted in America up to that time.”  The success of the “million dollar fundraiser” was a national news story. Steel and cement were purchased in an effort to save on expected cost increases due to the war effort, and excavation at the site was begun, even as construction of the project was out for bid.

In April 1917 America entered Europe’s war, materials and labor shortages surged, and there was talk of delaying or downsizing the project to make ends meet. 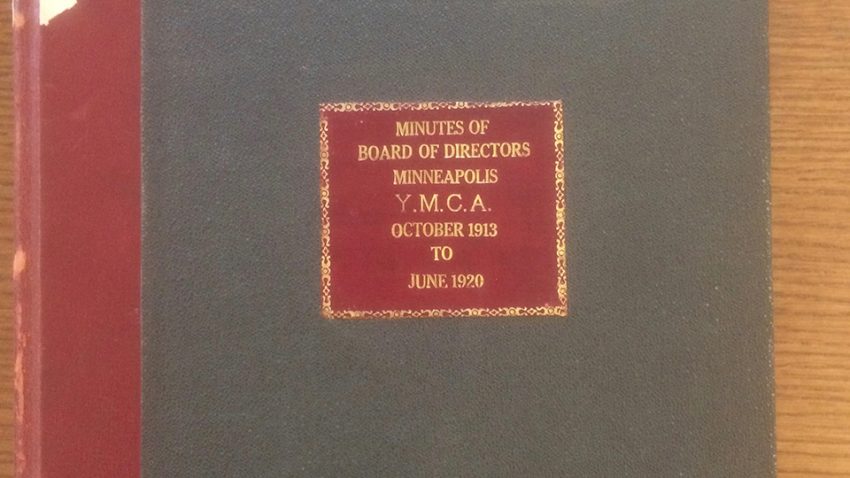 By fall the YMCA board was faced with a dilemma that is spelled out in three pages unearthed from the minutes archived at the University of Minnesota.

Looking into the Minute Book

The minutes reveal there was not nearly enough money to build the new YMCA as it was envisioned. The estimated cost to build was $730,000, and the funds available were $560,000 (there were four other branches that needed to be built with the funds raised.)

“More important than this is the fact that we should have this building open and ready for business when the boys come back from the army,” according to the Minneapolis YMCA board minutes of Oct. 5, 1917.

Faced with this substantial gap, the building committee decided to throw out all bids and select J.L. Robinson as general contractor on a cost and percentage basis. Robinson would wave the general contractor fees, and work would begin at once, proceeding within the allotted budget. Despite the challenges of war time, the 12-story Tudor-Gothic  “skyscraper” was completed within 15 months, just in time to address the flood of returning soldiers.

The building of the Minneapolis Central YMCA was such an ambitious undertaking that, despite the success of the fundraiser, if it weren’t for the heroic efforts of  J.L. Robinson and the trust that the YMCA Board of Directors placed in him,  the vision of the central YMCA might never have been realized. Without Robinson, the building would have either been redesigned and downsized significantly or the project would have been postponed, failing to meet the needs of the returning veterans.

Construction of the YMCA was a battle on the home front. The war made such an undertaking nearly impossible, but the need to accommodate returning troops added a dire necessity to the growing pains of an adolescent Minneapolis. J.L. Robinson was the one who made this happen. Building a structure like the Central YMCA is a challenge in the best of times, but under the circumstances he was operating in, J.L. Robinson’s success was astounding. 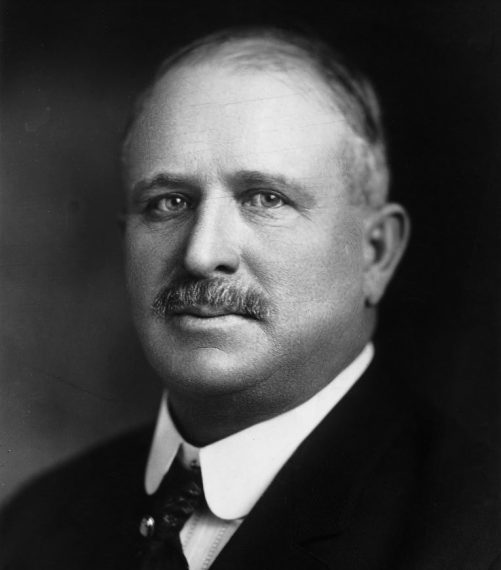 Photo: J.L. Robinson, founder of what is today Kraus-Anderson. His civic-minded spirit was instrumental in the fundraising effort that made the Minneapolis YMCA building a reality.